I filed a complaint with the Judicial Standards Commission of New Mexico against Judge Daniel Sanchez for denial of due process and violation of the ADA, Title II.Judge Sanchez is a judge here in Santa Fe, in the First Judicial District. He is the judge who received his 15 minutes of fame when he allowed a woman to get an injunction against David Letterman to keep the late night talk show host from sending her mental messages.I filed my complaint against Judge Sanchez because he broke the law in my case. In fact, he broke two different laws: the Constitution (which I realize isn’t important any more, so obviously that wouldn’t be held against him); and the Americans with Disabilities Act, Title II.The following is my Complaint, which was of course denied. The Judicial Standards Commission decided Judge Sanchez hadn’t done anything wrong that a little appeal wouldn’t fix. Never mind that it made it impossible for me to get an equity loan and that leaves me with a ton of equity, even after the “mortgage meltdown” that I can’t get a penny of.Thanks, Judge Sanchez and the ever vigilant Judicial Standards Commission. NOT. 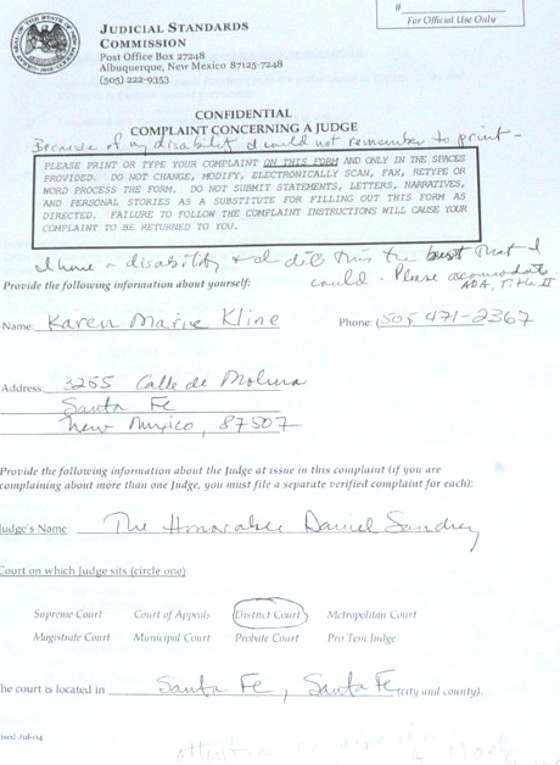 After waiting to be served when I was not in bankruptcy and no service being made I answered on October 24, 2005

I moved for accommodation under the ADA on November 4, 2005

On December 15, 2005, without a hearing, Judge Sanchez foreclosed and scheduled a sale thus denying me my constitutional right to a hearing. There was no hearing and I wasn’t told of the sale until after it. 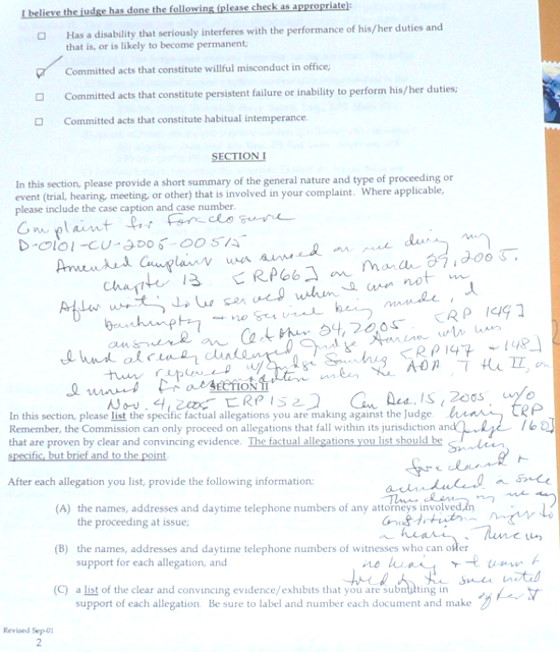 Judge Sanchez violated the law when he disregarded my Answer and Motion for Accommodation. The law provides for due process, Fourteenth Amendment. He denied me due process.

I provided the requested names, addresses and telephone numbers.

I said the Evidence was The Record Proper. 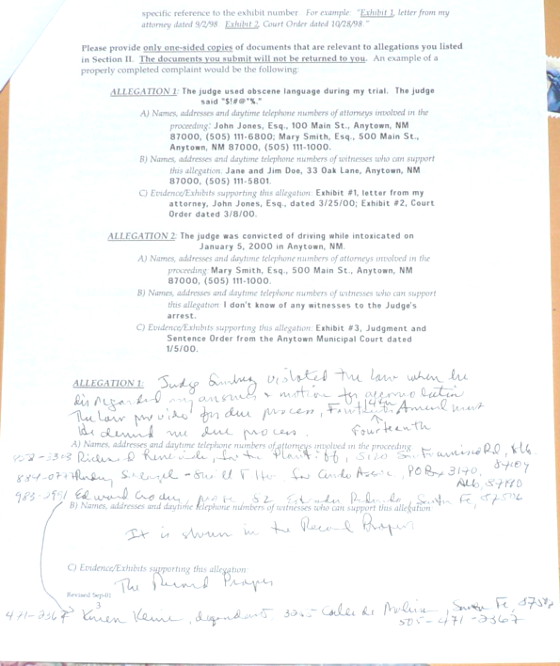 Judge Sanchez violated court rules providing for hearing and opportunity to be heard.

Once again I supplied the requested names, addresses, etc.

Again I indicated that the evidence was the Record Proper.

Judge Sanchez violated the ADA, Title II, by refusing to hear my motion for accommodation.

The evidence is the Record Proper. 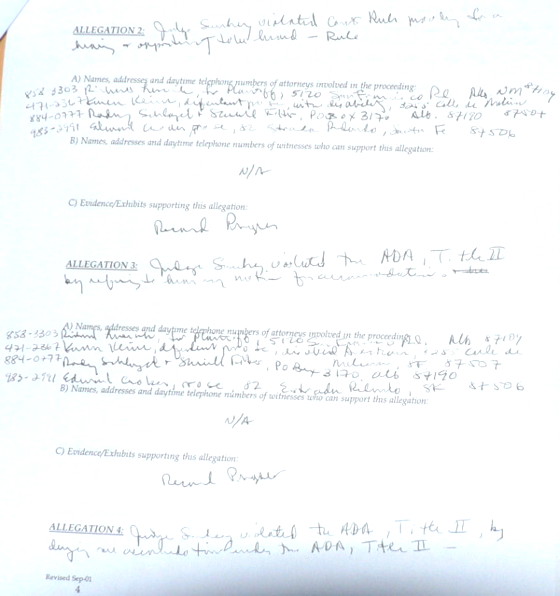 Evidence is the Record Proper 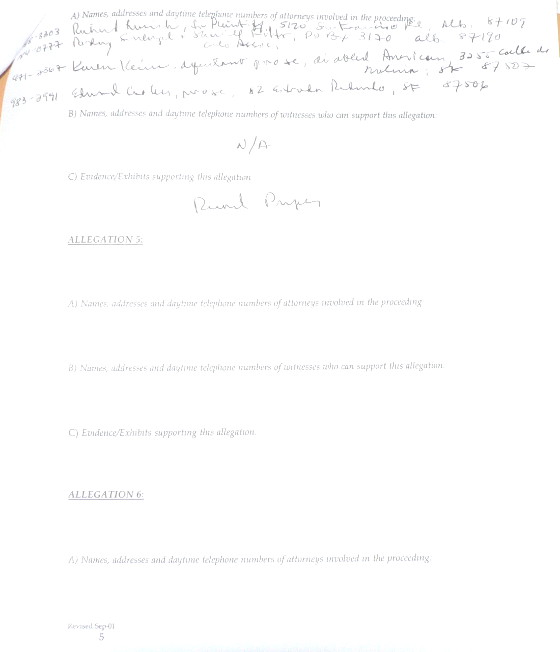 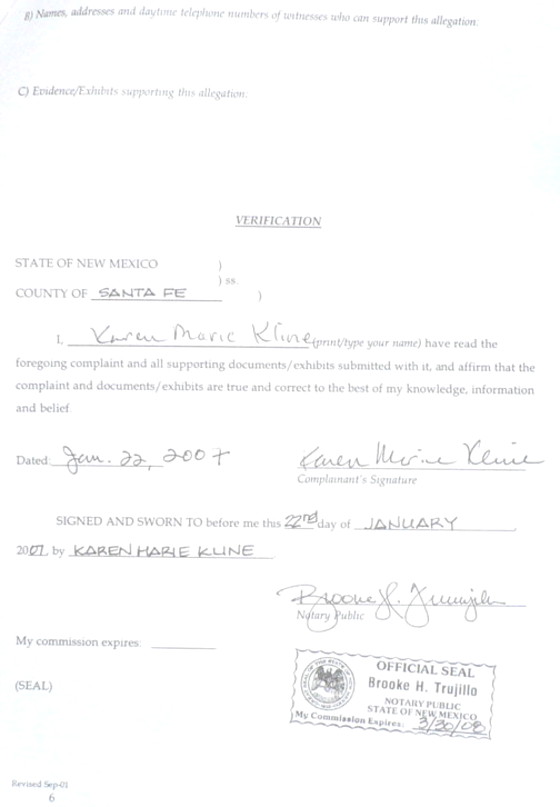