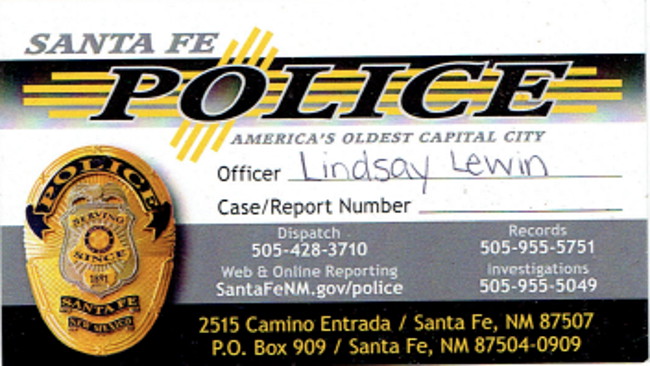 This is the letter I asked Haven techs and nurses to include in my file:

To Whom it May Concern –

Clarification of what happened on July 6th.

I got up around 6 a.m., took my plants outside: 3 kumquats, 2 clementines, 1 orange & a persimmon, went and got coffee from the lobby & came back & began working on my letters.

I wanted to get my letters to Hon. K.C. Rogers, Hon. Bacon, Joey Moya, ß N.M. Supreme Ct. Chief Counsel & others in the mail. I had been invited by Justice Minzner to be in her Working Group on Self-Represented Litigants after I met her in the S.Ct. Law Library early one Saturday morning. She was a new justice @ the time. When she asked if I was a new lawyer I replied, no, I was pro se. Then I asked her to help pro se litigants if she ever got a chance because of how hard it is to be pro se. In her group her law clerk was one of the members – that was Joey Moya.

On Sat. morning I needed to print the copies of things I wanted to attach – my letter of (it should have been “to”) ß parenthetical phrase added, Secretary Scrase, N.M. Human Services, which was three pages & began with the Re: Why wouldn’t I be suicidal?

I wanted that question to be in his mind & the minds of anyone reading the letter when they read the break down of Wells Fargo’s fraud in its foreclosure of my home; when they read how my Presbyterian Care Coordinator didn’t call me back re home help or help me with getting the Soleras Station apt. I won in a lottery; when they read that the Soleras Station apts were filled so quickly they didn’t have time to put handicapped people in the handicapped apartments – so I wouldn’t be able to get a one bedroom, as I was told I would as a result of winning, because the 1 bedrooms were all gone, as were the handicap apts.

I wanted the person reading my “Re: Why Wouldn’t I feel Suicidal?” letter to see the systemic problems that could/should be addressed for the good of many people – in particular homeless people who had homes taken by means of Wells Fargo using fraud.

I had just begun working @ my computer – @ my desk when the phone rang. It was a woman cop asking to talk in person. I said to come to my room, that the door was open with plants in the doorway.

She arrived and was quite nice. She asked if I wanted to go with her & I said no, I needed to do my letter so I could get them in the mail but she could talk to me from the open doorway.

A tall – way tall – taller than me even when I wasn’t bent by having had tetanus, and big policemen inserted himself between the woman policeman & me. He also was outside the door. I had almost finished w/ my letters (as much as I had remembered) when he shoved aside my plants and came into my room. He took the scissors out of the red coffee canister I use to hold things upright in my walker so I can easily reach them to prune my kumquats, etc. Because the desk chair rolls easily the walker was by my bed rather than where I would be using it (were it not for having the rolling chair to use) ß parenthetical phrase added. I said put those back, I need them I use them to prune my plants. He said, No, I might hurt myself. I said no, I need them for my plants. I began thinking how I didn’t have much money & replacing them was going to be a hardship. He was rather threatening. If the woman had stayed in charge there would have been no confrontation. I’d pretty much worked out that there were a lot of them & I’d eventually have to go with them.

Because the tall and big policeman was kind of brandishing my scissors – not like a physical weapon to hurt me – but as if he was sort of proving that he was keeping me from hurting myself, I felt very threatened.

I felt threatened b/c years ago I had my water turned off. After 2 days I could not type accurately. I took a long time to recover. So when they were saying they were going to shut off my water again, I said, I don’t have the energy to fight you. I’m just going to relax & think good thoughts & wait for the end. So my cousin who was married to a trial lawyer called and paid the bill & called the police. Two police men came to tell me. One asked to come in. When I hesitated – I didn’t see why he needed to come in, he put his hand on his tazer. So I said, Of course you can come in.

On Saturday, July 6, the Big Policeman reminded me of that earlier experience. So I said, Taz me, Go ahead, taz me. My nerves are really damaged & if you taz me, you’ll kill me. Taz Me Taz Me. Then I began hitting him on the chest as I said, Taz me, I’m no longer strong enough to open a mustard packet, so I wasn’t hurting him.

He said I’d have to go with the EMTs or the police. I said Fuck You.

Eventually there were 7 or 8 police. As the EMTs were rolling me away I said, as I looked each in the eye, “Fuck you.” But when I got to the Big Policeman, I said, “Fuck you, Asshole.”

I did not endear myself to the police. But, equally I was not suicidal.

If you want to read my letter to Secretary Scrase, N.M. Human Services Department, here is the link: https://barbed-wire-justice.com/deeply-flawed/