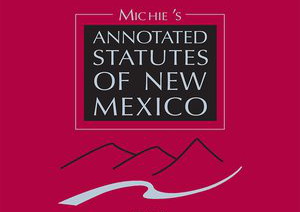 1/11/2019 ~ I am shocked that my home has been foreclosed in violation of the UCC, New Mexico Statutes 55-3-301 and 55-3-309. I’m even more shocked that the New Mexico Supreme Court has concurred with this miscarriage of justice.

On December 28, 2018, the New Mexico Supreme Court filed an Order denying my Motion for Rehearing.

On January 3, 2019, I mailed in the following more concise statement, invoking the ADA. It did not appear to get filed and I did not get back my file stamped copy. So, on January 9, 2019, I mailed it in again and this time I used Priority Mail. As a result, I know it was delivered yesterday, January 10, 2019.

1/29/2019 ~ My motion has not been returned to me, file stamped or otherwise. I have been extremely sick due to the stress.

IN THE SUPREME COURT OF THE STATE OF NEW MEXICO

Comes now Karen M. Kline, Defendant-Petitioner who has a disability due to her brain injury, and states that the court overlooked or misapprehended New Mexico Statutes, 55-3-301 and 55-3-309, and the fact that the original of the note was last seen in 2002, three years before the mortgage was assigned to Wells Fargo in 2005, in its Order of December 28, 2018.

Title II of the Americans with Disabilities Act of 1990 (ADA or Act), 104 Stat. 337, 42 U.S.C. § 12131—12165, provides that “no qualified individual with a disability shall, by reason of such disability, be excluded from participation in or be denied the benefits of the services, programs or activities of a public entity, or be subjected to discrimination by any such entity.” §12132.

New Mexico Statutes 55-3-301 and 55-3-309 are clear, as are the facts of this case. That the Court denied my Motion for Rehearing and allowed the foreclosure to violate New Mexico statutes indicates that my brain injury impaired how I wrote the law and facts. Reasonable accommodation under the ADA of my disability requires that I be allowed to clarify so as not to be subjected to discrimination due to my disability.

The In Rem Judgment for Decree of Foreclosure and Order of Sale states in paragraph 28, “The following original documents were imaged at WFHM/GE CMS on May 16, 2002 and in possession of WFHM/GE CMS at that time: (1) the original of the Note, containing the special indorsement from Bank United of Texas FSB to GE CMS, and the subsequent blank indorsement by GE CMS; (2) the original of the Modification Agreement; and (3) a facsimile from Safeguard Properties, Inc. to GE Capital Mortgage Services.”

The In Rem Judgment has no factual reference to the original of the Note being seen after 2002.

The In Rem Judgment states in paragraph 43, “On July 1, 2005, an assignment was executed by “GE Mortgage Services LLC, f/k/a GE Capital Mortgage Services Inc.” in favor of Wells Fargo Bank, N.A.” The assignment mentions the mortgage, “note and all other liens”, without evidence that the original of the note existed at the time.

WHEREFORE, the foreclosure is in violation of New Mexico Statutes 55-3-301, and 55-3-309 and Petition for Writ of Certiorari should be granted.

I hereby certify that the foregoing Motion for Rehearing: Foreclosure Violates the UCC, New Mexico Statutes 55-3-301 and 55-3-309, Submitted under Americans with Disabilities Act, Title II was mailed, postage prepaid, on th3 3rd day of January, 2019, but thereafter did not appear to be filed, perhaps because I couldn’t get the Priority Mail to work on USPS and mailed it regular, so I mailed it again on January 9, 2019:

Subscribed and sworn to before me this 9th day of January, 2019. 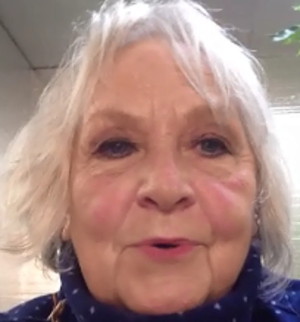