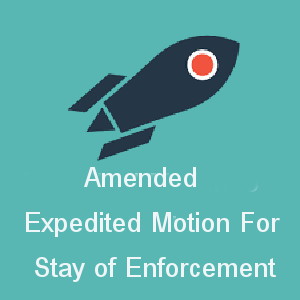 Wells Fargo’s April 7, 2008 Complaint for Foreclosure purports to show that Wells Fargo is the holder of the instrument.

On March 18, 1993, for good and valuable consideration, Defendant Karen M. Kline made and delivered a mortgage note (“Note”) evidencing a debt in the principal sum of $72,000.00 with fixed interest from said date at the Note rate of 8.124% per annum on the unpaid balance until paid, payable in monthly installments of $534.60. A copy of the Note is attached hereto and made a part hereof as Exhibit A.

Thus, in order for Wells Fargo to have standing in the foreclosure of my home, Wells Fargo had to show a direct and concrete injury by establishing that it fell into one of the three UCC categories at the time of the filing of its mortgage foreclosure case. Wells Fargo not only failed to establish that it fell into one of these three UCC categories at the time of filing, Wells Fargo went on to knowingly mislead the court by filing a false Affidavit of Lost Original Note on July 19, 2011. Further, when the Affidavit of Lost Original Note, filed July 19, 2011, was not sustainable, Wells Fargo offered merger and acquisition records at trial to maintain the ruse that the Original Note had been in its possession when it was lost. Not only is there no record of the Original Note having arrived at First Union and being in its possession, the fact is that Wells Fargo’s merger and acquisition records show that Wells Fargo did not possess Wachovia and First Union which had merged with Wachovia at the time of filing of this foreclosure case.

All of the above being true, there are good grounds to stay the enforcement of the In Rem Judgment for Decree of Foreclosure and Order of Sale.

Because Wells Fargo made and filed a false affidavit, which is a grievous assault on justice and a contempt of court, I am copying my Amended Expedited Motion to New Mexico’s Attorney General, Hector Balderas. Although the date of the Wells Fargo’s false Affidavit of Lost Original Note is more than four years ago the false affidavit is still on the record in this case and as such continues to be contempt of court and continues to willfully tell an untruth in court. My letter to New Mexico’s Attorney General, Hector Balderas, is Exhibit 1.

WHEREFORE I respectfully move the Court for stay of enforcement so that the New Mexico Court of Appeals can rule on whether Wells Fargo had standing when it filed its Complaint for Foreclosure on April 7, 2008.

CERTIFICATE OF SERVICE: I caused a second true copy of the above AMENDED EXPEDITED MOTION FOR STAY OF ENFORCEMENT to be mailed today, August 15, 2018, to:

Enclosed is a copy of my Expedited Motion for Stay of Enforcement. It references Wells Fargo’s Affidavit of Lost Original Note that Wells Fargo has admitted is false.

I previously mailed you a copy of my Expedited Motion to Have Foreclosure Sale Postponed because that motion, too, references Wells Fargo’s false Affidavit of Lost Original Note.

Since Wells Fargo’s false affidavit is still a part of the official court record does that prevent the statute of limitations from running out on it? It would seem that as long as the affidavit is in the case and the case is not final because it is in appeal, that the affidavit is currently fraudulent and currently in contempt of court.

It causes me great distress and anxiety that Wells Fargo made and filed a false affidavit in order to use fraud to take my home. I have been fighting Wells Fargo since 2008 when Wells Fargo did not serve me the Complaint it filed on April 7, 2008. I was lucky to have been looking at Case Lookup for something altogether different. That’s how I happened to find the foreclosure. If I hadn’t found it my home would have been foreclosed and sold under a default judgement, just like my condo was. You can see, if you look at Case Lookup that there is no Return of Service filed for me.

The stress of fighting Wells Fargo from its initial violation of due process till now has taken a toll on my health. My nerves are so damaged that I can no longer walk or stand without holding on to my walker.

I am 73 years old. I bought my home in 1993. I am not well. I have a brain injury which makes it difficult for me to talk, much as my damaged nerves make it difficult for me to walk. I have $705/mo. from Social Security and another $47.25 from SSI. I cannot afford a Supersedeas Bond of thousands of dollars, much less hundreds of thousands of dollars.

I am offering to pay $270/mo which is the same amount Wells Fargo agreed would be my modified loan payment, before Wells Fargo reneged. I don’t know if that will satisfy the Court, but it is all I can pay without hardship. I should mention that I have a garden which provides food. I planted my pear trees in 1993.

I am writing to you because it seems so vastly unjust that my home could be sold when the foreclosure process has been so badly flawed in my case.

If there is any way you can help, and if you can help so that other homeowners are not put through this kind of horrible ordeal, I would be grateful beyond words.

Also, is there a cause of action I can assert to sue Wells Fargo for its violation of due process, and use of fraud in its foreclosure action against my home?