As mentioned in my 8/21/96,
letter to Robert Rubin, Treasury Secretary

Based on the IRS tax accounts below, I have to ask, “If you know accounting, would you say these are TOO creative ? ? ? Could this be where Arthur Anderson and Enron got their ideas?” 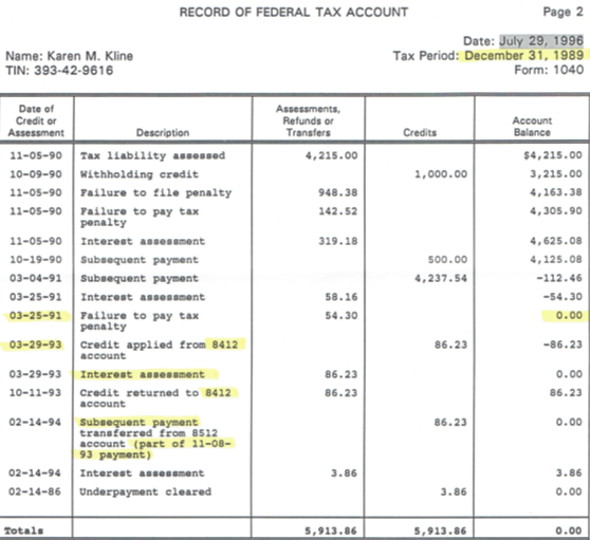 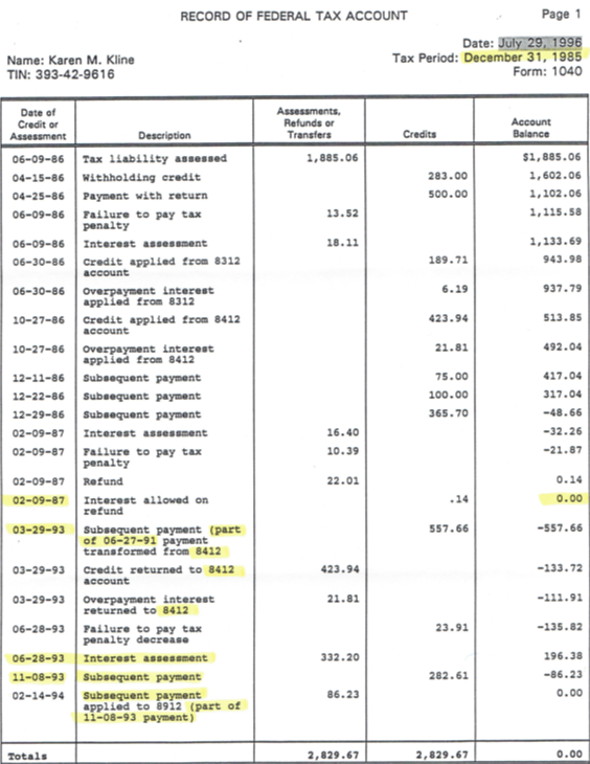 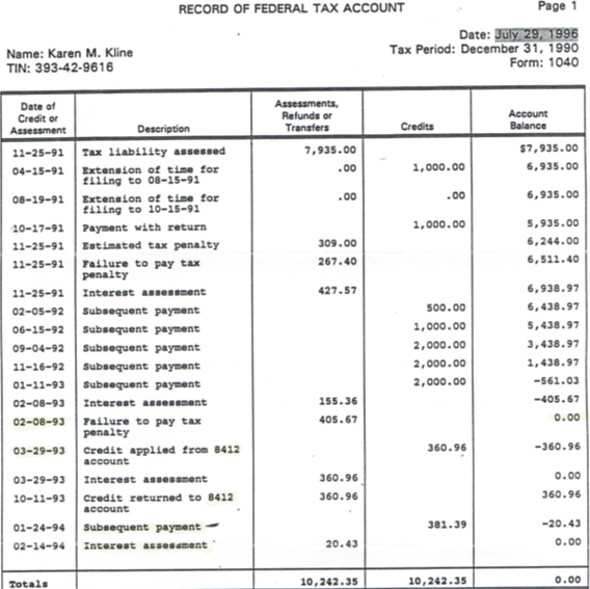 I have an explanatory note
on the bottom of the following 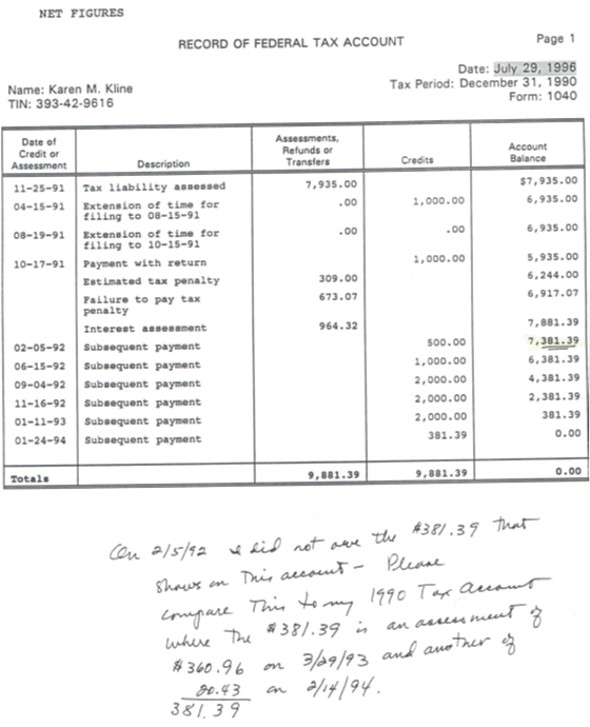 The 1990 Tax Account is the one
before “Net Figures” above.

As an aside, I wrote part of this in green in deference to my grandfather who was president of the American Farm Bureau Federation and wrote with green ink. Back in the 40s and thereafter, that was pretty innovative.