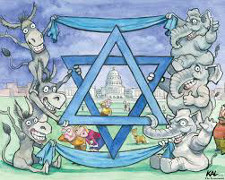 Today, 1/19/2015, after an Anti-Palestinian/Pro-Israel letter signed by multiple Senators, to include mine, was brought to my attention, I wrote my Senator, Tom Udall, to express my disgust that he signed the AIPAC letter.

I said I will NOT vote for him again as long as he supports Israel. I mean that. I cannot vote for someone who supports massacres. US tax dollars should NOT go to Israel. We need our infrastructure here at home rebuilt, we need those jobs.

The Military-Industrial complex is big, powerful, well connected and profitable, but it is not right to massacre.

My letter to Udall

I am disgusted to read this anti-Palestinian letter, apparently created by AIPAC, to which you signed your name.

Israel is massacring Palestinians and YOU support that? I’m horrified. I will not be able to vote for you again as long as you support Israeli massacres and send Israel our hard earned tax dollars.

I am firm that US tax dollars should NOT be sent to Israel. We need our infrastructure here at home rebuilt, we need those jobs. The Military-Industrial complex is big, powerful and well connected, but it is not right to massacre. Your support for massacres horrifies me.

Please add Israeli Massacres to your list of subjects about which your constituents can write to you, as well as Palestinians.

The full text of the Senators’ letter is below:

.
We were pleased to see that Hamas finally accepted an Egyptian cease-fire plan last month. Sadly, Hamas continued its attacks on Israel for weeks after Egypt’s initial proposal, leading to unnecessary and increased suffering in Gaza and Israel.

.
As we look ahead to the next few months, we urge you to focus on three key objectives: (1) preventing Hamas from rebuilding its military capabilities; (2) enabling the Palestinian Authority to move toward becoming the Palestinian governing authority in Gaza; and (3) preventing negative developments at the UN General Assembly, UN Human Rights Council, and the International Criminal Court that could derail any prospects for the resumption of peace talks between Israel and the Palestinians.

.
First, we fully support the urgent provision of humanitarian assistance to the people of Gaza. We must also condition reconstruction assistance on the establishment of a system to prevent Hamas from rearming and rebuilding its military capability. In the past, Hamas has diverted construction materials intended for civilian use to the construction of the tunnel networks that were used during this last conflict to smuggle weapons and attack Israelis. We must support Israeli and Egyptian efforts to implement strict, comprehensive controls so that no assistance is diverted to Hamas and other terrorist groups in Gaza. The international community has twice spent billions to rebuild Gaza, only to see Hamas transform economic assistance into the means of war. For the sake of Israelis and Palestinians alike, we cannot let this happen again. Ultimately, we must seek Gaza’s demilitarization.

.
Second, we must support efforts to enable the Palestinian Authority to exercise real power in Gaza. Hamas has demonstrated conclusively both that it has no interest in peace with Israel and that it has no concern for the well-being of Gaza residents. Meanwhile, the West Bank has experienced periods of significant relative economic growth and stability, in part due to cooperation between Israeli and Palestinian security forces there. All Palestinians deserve a government that will seek to advance their safety and prosperity-not use them as human shields. Real peace between Israelis and Palestinians will require a Palestinian partner that controls the West Bank and Gaza, is focused on economic development and stability in both areas, and will accept Gaza’s demilitarization. We must start this process now.

.
We look forward to working with you on these critical matters, as our nation strives both to prevent another Hamas-instigated war and to create the conditions that will allow Israelis and Palestinians to move closer to peace. 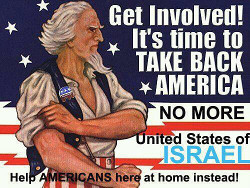 Here is a link to easily find the email address of your Senator ~ Write your senator.

AIPAC is powerful because it has money to back politicians influencing people to vote for them.

But YOU are the person voting. If you want your roads mended, your bridges made safe, and the jobs that go with that work, then do NOT vote to send your hard earned tax dollars to Israel to use in massacring Palestinians.

Refuse to vote for anyone who supports Israeli massacres.

I have often ReTweeted Bernie Sanders, but that was before I hear him raise  his voice in support of Israel:

1 thought on “Shocked at Massacre Support”