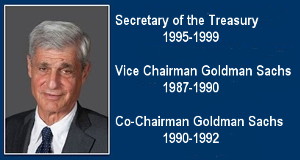 I want some answers here. In a five year period, with an average yearly tax of $5,878.80, I was charged $7,346.01 in penalties and interest. During that time I had a year when I made so little that my taxes were $481.00, still, IRS charged me $266.23 extra that year; the year I had five accidents, or the beginning of five accidents, causing my income to decline severely, I had the second highest year of penalties and interest, that is, $1,826.02, which shows me that what I have been saying is true: I am being punished for being poor when my income declines, when I am in pain and can’t work as efficiently as when I was not in pain, IRS punishes me by increasing what I owe. $1,826.02 is almost two thirds of the amount that IRS took from me in 1994, which taking put me out of business. Further convincing me that what I am saying is true, is the fact that the year I made the most money, my penalties and interest declined, indicating that when I had more money IRS punished me less.

When I see this, when I see what my country has done to me, year by year, up until it put me out of business, not because I didn’t pay my taxes, but because it penalized me for each and every accident, hardship, lost real estate transaction, illness, and above all the distress of not being able to reunite with my son, which failure was brought about in part by the IRS itself, taking money from me when I needed that money for myself and my son, I am as depressed as I have ever been in my life.Really, it is appalling that my money is taken when I am sick, suffering, and losing business, in order to give it to other people who are not working, to social workers who are misusing the system, to IRS employees who couldn’t create a good business if their lives depended on it.

Looking at these numbers is so distressing that if I did not have the mental fortitude I do, I would kill myself tonight.

Do you not see what you are doing to people? This is horrifying. This is unconscionable. There is no excuse for it. If Charlie Rose and whoever else was right, that the Treasury is where the real intelligence is, then this is an even worse crime: you could and should know better.

Let me tell you, if IRS is going to destroy people, as they destroyed me, then they sure as shooting should not have errors in their accounts. Don’t you agree? If I am charged these crippling penalties for what IRS perceives as my failures in my responsibility to it, what should it be charged for its failures in its responsibility to me?

Let me tell you, an apology for destroying my business, my health, my well being, my belief in my country, is not enough. It is in fact, an insult. IRS’s apology is a pretense that what IRS did was not really serious, when the fact is that what IRS did, and does to many, many people, is serious. It is so serious, that I do not want to continue to live like this, and I will not. When my property is foreclosed or I run out of money, whichever comes first, I will kill myself. I know how I will do it, and I am satisfied that my death will be preferable to this kind of life, dominated by an unjust, negligent, irresponsible, malignant, vengeful, and tawdry IRS. Tawdry? Yes, IRS has neither integrity nor good in it, nor value, to outweigh its evils. At the moment I have $90 and a Motion for Summary Judgement in the foreclosure proceedings, to which Motion I have replied.

In terms of the “many, many people” to whom IRS does what it has done to me, how many of the 2.9 million people levied by IRS in 1994, could make and substantiate the same claims of injustice against IRS that I am making. Half? More than half?

One final question about IRS’s accounting: why are IRS’s Net sheets “creative” with their numbers, showing interest and penalties being assessed earlier than they were assessed in real life? Is this kind of accounting acceptable in business? If it is, then is it acceptable for me to send back Nets from my point of view: showing all my payments under the earliest date? and giving the impression that I should be sent back all penalties and interest that I was charged. Accounting like that employed, for example, in IRS’s 1990 Net is deceptive, and should not be acceptable from the IRS.

I understand that you are Secretary of the Treasury and an important person; I have gained a little better understanding of you from sketches provided in Johnson’s, The System, but none of that changes the fact that I believe my life is important enough for you to pay attention to the fact that IRS has destroyed what I need to live.

Let me tell you, I like President Clinton, but I hate what you, the Treasury and IRS, are doing to people. Unless you take it upon yourself to stop this, you may very well find your job lost, because people are listening to Kemp. Watch the news, listen to the applause for, “Get rid of IRS!”

Enclosure: copy of a letter that amplifies ideas in this letter. I am excising the name and address so that IRS cannot take action against my friend the way it often takes action against people who disagree with it. Plus copies of appropriate IRS accounts, each exhibiting some of what I am saying.