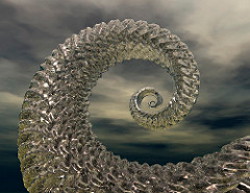 My dream last night seems as if it were portraying several aspects of my anxiety.

One of the most striking images in the dream was a black and white cat lapping flames as if they were water. The cat looked distressed until another cat, at least I think it was another cat, came and put the fire out.

A striking sequence in the dream was a woman who had her hair done. Her hair was colored a strawberry blonde, with a bit of blonde blonde and some pink. Her hair framed her face and I commented on how good it looked. But within minutes she had her head shaved. She didn’t look bald, though. Instead it was as if each place that had held a hair had been tattooed to resemble a bull’s eye. It wasn’t each hair, because the bull’s eyes were not crowded.

Then, there was a gathering, sort of as if it were a rock concert or a reality show. There were young people in one group, and people over 60 in another group. I wanted to be a part of whatever it was and didn’t realize there was a group for people my age. When I did realize I made some friends and was given a bed-sit type of accommodation.

Then came the heaters. There were several electric heaters. I found them very worrying because they were wasting solar energy in some of their locations. I wanted them turned off, but for some reason I had to get someone else to turn them off. I think that relates to how I want a 200 watt heater I saw on Amazon that’s shaped like an oil filled radiator but is some different technology. It’s supposed to heat  a 10 x 10 room. I’m keen to try it in my slightly larger plant room. But, I’m worried that my home will be foreclosed and I won’t be able to enjoy it.

In the final bit of the dream, at least that I remember, a man came to visit who was outstanding in some way, well known for something. I felt as if I had to do this thing, I forget what, before I visited with him, and he left.

A lady who lived across Sudeley Street from me in London was a psychiatrist, or psychoanalyst, I forget. She was very keen on Carl Jung and gave me little lessons when we happened to be walking home from the tube or market at the same time. She said that everyone in a dream was some facet of the dreamer.

For this dream that seems really applicable. The cat could for sure be me, lapping at the flames of the foreclosure for 9 years. As distressed as the cat looked, it could absolutely have been me.

The woman with the hair sequence could be me in that I make improvements to my home, but then if it’s foreclosed, it will all be gone, and it feels as if Wells Fargo is targeting everything I do.