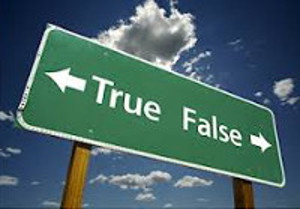 An article was published that made people think I had been negligent and unreasonable. In fact, the article was factually false. Rather than ignoring expert advice as the article charged, I had followed a structural engineer’s advice to the letter. Structural Engineer’s Report and Advice.

Christopher Alba , the author, received a check for $1,665 from the Condominium Association which benefited from his false account. I didn’t see him do any work, other than the article.

Our condo insurance didn’t cover privy pits and the Condominium Act doesn’t require an association to share costs of a unit’s broken sewer pipe. So, it appears that for $1,665, Alba wrote that the problem was a broken sewer pipe.

Subsequently the Association paid nothing toward remediation and charged me $12,000 in legal fees to have Sommer Law Firm parrot Alba in saying it was a broken sewer pipe. 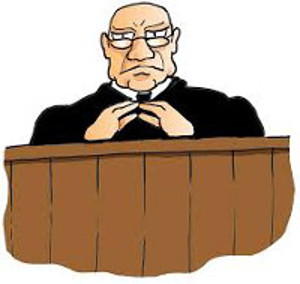 I wanted to be heard in court, but no, Judge Hall said the story was “opinion” and protected as Free Speech. He dismissed “for failure to state a claim upon which relief could be granted.” He wouldn’t let me produce evidence of the pit or amend because, he said, the jury instructions made amendment useless. But this is not what the case cited in the defamation jury instructions says. The actual case says there is no value in false statements of fact and they are therefore not protected. Read the case law.

My reputation was ruined despite the fact I had carefully done exactly as the structural engineer advised. If the outdoor toilet pit had not been under the pipe and subsided, the pipe would not have broken. If my thinking had not been slowed by extended exposure to hydrogen sulfide from the outdoor  pit, I think I could have fought and possibly won. Instead, foreclosures began.

When I was a Realtor I had a good reputation; Alba’s article made me sound bad. I was the only one in Santa Fe with an outdoor toilet pit under my home so people who knew me and my situation knew the article was about me.

I became reclusive after the article was published, no longer wanting to go out for fear of being pointed at by people who believed the false article. It therefore changed my life dramatically.

My Complaint is patterned on ones in “COA” (Causes of Action) by Sheppard, so I’m confident in its essential elements.

COMPLAINT AGAINST COLUMNIST AND NEWSPAPER FOR DEFAMATORY ARTICLE, INJURY TO CHARACTER, HONESTY,GOOD REPUTATION, CONTRACTUAL RELATIONS, AND BUSINESS OF PLAINTIFF

Plaintiff, Karen Marie Kline, pro se, complains and alleges a cause of action as follows:

1.        Plaintiff, Karen Marie Kline, is an individual and resides at 729 W. Manhattan, Condo #3, City of Santa Fe, County of Santa Fe, State of New Mexico. At all times pertinent hereto, Plaintiff has been engaged in being a land lady to provide the income she lives on.

2.        Defendant, Christopher Alba, is an architect, licensed contractor and columnist who styles himself “Forensic Architect” when he authors a monthly column published by The Santa Fe New Mexican in its Santa Fe Real Estate Guide. He has worked in Santa Fe at all times pertinent hereto.