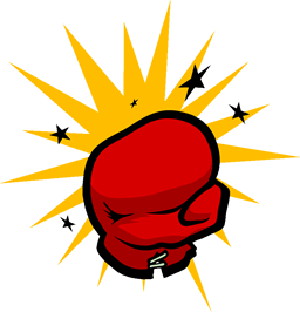 6/8/2015 ~ Since I lost the hearing on my Motion to Dismiss for Lack of Standing I’ve been major depressed and shaking as if I have chills from the flu, only much worse, and now I have intense pain when I take a step.

Losing the hearing felt as if I could not keep my garden and home. Intense disappointment overwhelmed me. I could see that in order to prosecute my defense I’d have to go to trial, to prove the bank did not have my original note. Or, I’d have to settle in mediation.

With it being clear that I can’t respond to questions in court quickly enough, due to my brain injury, to win, I called foreclosure defense lawyers. Luckily a former district attorney prosecutor sent me appeal cases so I could see how various lawyers argued and fared. Reading the opinions helped me later when I talked to some of the lawyers. I could see that some took money to supposedly defend, when in fact their defense was not likely to succeed.

The former prosecutor told me to call some of the lawyers. In doing this I learned that lawyers who perform in appeals, particularly at the state supreme court level, do not work in the trial court at basic foreclosure level. But, they were happy to recommend lawyers they respected.

Lack of Standing and Beyond ~ Read more

7/22/2015 ~ I found an excellent lawyer with excellent experience who said she would do mediation for me, but mediation only. That really worried me. I wanted to succeed in holding Wells Fargo accountable for its lies. So I called the lawyer who had represented the party who won on appeal in the seminal, Bank of New York v. Romero. I wanted to know if he would do the trial for me, if mediation failed.

He said my lawyer was excellent and I should trust her. I replied that I did, but if mediation failed… I asked if it was likely that the judge in my case would not decide in my favor, not matter what, because in all his previous cases he’d favored banks. The lawyer said, yes. It’s highly unlikely I have any chance of winning no matter how good the case I present.

That said, I’m going to go through all my Fight Foreclosure pages and add material on the need for vitamin B12 when you are under stress. Stress depletes your B12 levels, which can lead to permanent nerve damage. Symptoms of low vitamin B12 ~ Read more.

7/10/2017 ~ The lawyer I thought was excellent because she’d written an Amicus Curiea brief in Bank of New York, really wasn’t. She didn’t return any of my papers. She left a lot of people high and dry, as they say.

I found a different lawyer who did the trial for me, beginning May 22. Right now I’m waiting for the judge’s decision. I’m hopeful, but worried none the less. One good thing from the trial was when the judge said the issue was Standing.

You can defend your home against foreclosure. Yes, you can represent yourself and effectively defend your home. But at trial, you may need to have a lawyer with an understanding of the laws of evidence, in order to win.

If your home is important to you and you trust in good winning out over greed and fraud, then don’t  your home be foreclosed without a fight. But, be aware that fighting is stressful and it may impact your health. But, then again, so would losing your home.

By “fight” I don’t mean to short sell. That’s just an easy way for the lender to get your home. I don’t mean signing your home over to the lender to keep your credit report “spotless”, I mean actually fighting. If reading long things doesn’t appeal, go Directly to:  Original Note Needed.

There are several fields of battle, so to speak. Be sure you check out the third aspect of the fight, below. By way of importance, I would lead with it, but it comes into play, chronologically, in third place.

Second, you must be aware of your rights under the Fifth Amendment of the Constitution of the United States.

No person shall be held to answer for a capital, or otherwise infamous crime, unless on a presentment or indictment of a grand jury, except in cases arising in the land or naval forces, or in the militia, when in actual service in time of war or public danger; nor shall any person be subject for the same offense to be twice put in jeopardy of life or limb; nor shall be compelled in any criminal case to be a witness against himself, nor be deprived of life, liberty, or property, without due process of law; nor shall private property be taken for public use, without just compensation.

The easiest way for a lender to foreclose is not to tell you about the foreclosure action. That is violates your Fifth Amendment due process rights, but it happens repeatedly. The lender may proceed as if you’ve abandoned the property. The lender may simply not send the Foreclosure Complaint or have it delivered to you. Later, of course, they will say they did.

Due process requires at the most basic level that you be informed by the plaintiff (whoever is bringing the case) of the filing of the case, the date of filing – so you can calculate your time to respond and defend your property, usually 20 – 30 days, the issues and the address of the court and the plaintiff or the plaintiff’s lawyer so that you know where to send your answer.

In general due process is the proper handling of a case as it goes through a court. Every court has books of rules that identify what must be done, from “serving” the complaint, to answering and filing your answer, to appealing the court’s decision. The rules are there to show exactly how things are to be done, The rules are meant to protect against arbitrary denial of life, liberty, or property, done without properly following the laws.

If your home is foreclosed but you were never served the Complaint and given a chance to defend, the action is supposed to be void. There is copious case law supporting that such a judgment is void. However, it may happen that a court decides to ignore the rules of due process, which is not unknown given that judges are predisposed to like lawyers, since judges start out as lawyers and thus feel an affinity for them.

In the case of my condo which was foreclosed without proper notice, it was so important to me that I paid over $7,000 to lawyers to help me. That was a waste of money since the judge appeared to be friends with the man to whom he gave my condo. The judge would not even let me redeem.

While it should be easy to overturn a void judgment, in real life judges tend to stick together and unless there’s pressure on them to do right, they may instead do what is most comfortable within their fraternity. For instance, the New Mexico Supreme Court ignored that I was not given a chance to appear in court to defend my property. They affirmed the judge’s decision to allow the buyer at the auction, of which I wasn’t notified, to keep my condo. I was not allowed to redeem even though my cashier’s check was for tens of thousands more than was paid by the man who, I later heard, was the judge’s gay party “friend”.

Thus, if there’s a chance your home may go into foreclosure, check your district court’s “Case Lookup” on the Internet, or call your court clerk for the information at least once a week. That alone will win you the first battle if the plaintiff intended an easy win by foreclosing behind your back.

If it’s too stressful for you to do that, find someone who can do it for you. I mention checking to see if there’s a foreclosure case because I am still in my home only because I found that my home was in foreclosure when I checked Case Lookup for something else altogether.

Third, you must answer the Complaint for Foreclosure by the deadline provided. Your Answer should include a counterclaim so that you can carry on Discovery. Discovery is a powerful weapon. Banks don’t expect you to fight back. They want to treat you as if you signed a contract then failed to keep your end of the bargain. At the same time they don’t expect themselves to behave ethically.

By making you feel guilty, they make it seem as if they bear no guilt, that they kept the contract and then you let them down. Horrible you, from their perspective.

But the fact is that banks and other lenders often fail to keep the mortgage agreement terms, despite their obligation to do so.

Fourth, do Discovery. It is largely because banks and lenders did not keep the terms of vast numbers of mortgages that they resorted to fraud and robo-signing. Discovery is your way to address the responsibilities of your lender under your mortgage contract.

Discovery is composed of three main categories: Interrogatories ~ the legal questions you want answered; Production ~ your requests to your lender to produce the relevant documents, as for instance the original note and mortgage; and Admissions ~ your chance to ask your lender to admit or deny, and if they don’t reply the admissions may be deemed admitted, you have to ask your judge to deem them admitted when the deadline has passed.

Fifth, find reputable people to go to court with you and sit in the audience seats to watch and listen to what happens. The more “pillar of the community” these supporting people are, the more pressure their appearance in the audience will put on the judge to do what is right.

When I went without anyone to support me, I consistently lost. When two reputable people went with me, my fortunes changed.

My Answer and Counterclaim to Wells Fargo’s Foreclosure Complaint