My August 5, 1996, letter to the Secretary of the Treasury was given to John Rush, Acting Deputy Director, Office of Policy and Oversight, Internal Security. 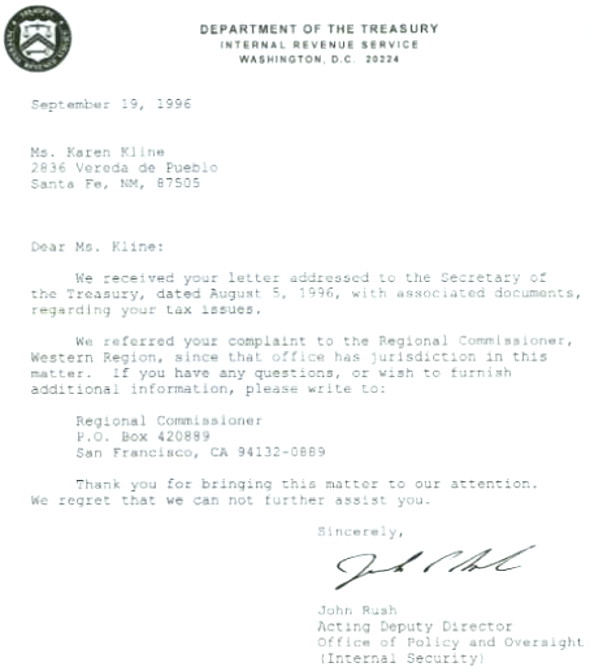 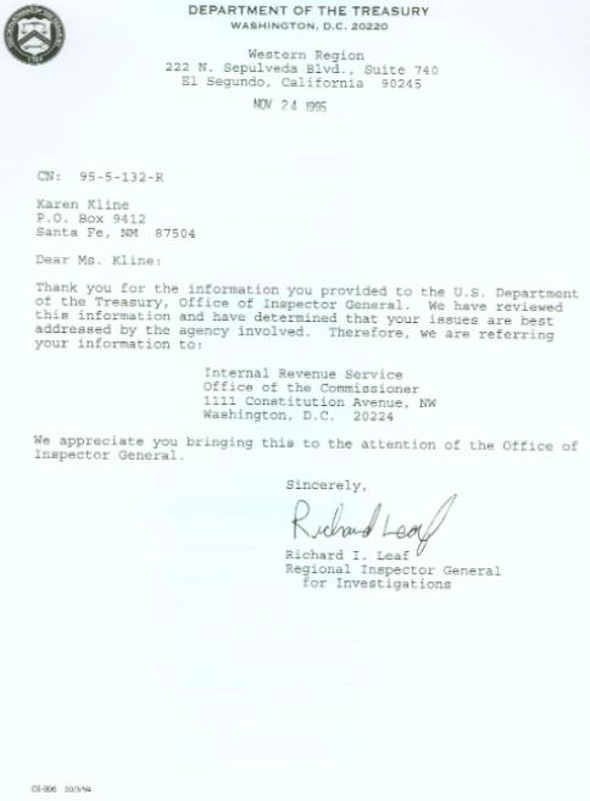 My old copier did blue, rather than white…

The Regional Commissioner, however, sends it and every other letter to the Secretary of the Treasury, to
IRS…. 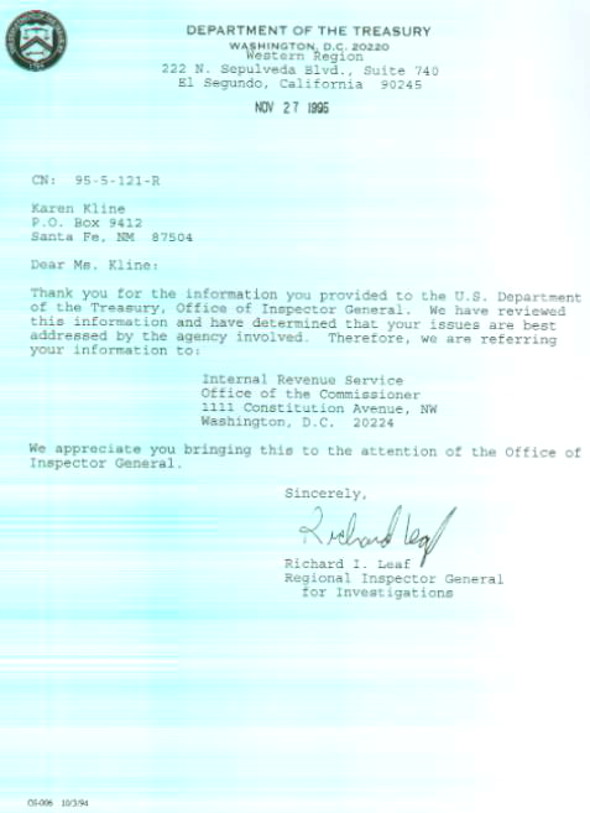 Richard Leaf also got my letters to Valerie Lau, who was the Inspector General, Treasury, in charge of IRS….

A letter of mine to her is included a few pages on from here.

Secretary of the Treasury,
to  Office of Policy and Oversight,
to Regional Inspector General,
. . . to IRS    : (

It’s worth noting that by fighting this, in the end I
didn’t pay, with money... just my health