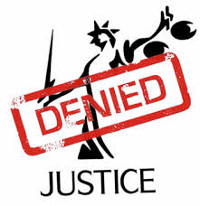 I debated whether or not I should take the time to recreate this page on my WordPress legal site. Twitter helped me decide, Yes, I should.

The fact is that raising awareness re lawyers, the law, corrupt courts and our losses due to these failings, takes place only when we keep at it. So, I’m keeping at it.

The appeal, shown below, based on the fact the Deutsche lawyer lied, was denied. Overall the state courts and bankruptcy court protected the lawyer. In fact Judge Robert Jacobvitz, bankruptcy court, called the lies, working hard to defend his client.

That said, if you are up against this same, all too prevalent problem, the likelihood of winning an appeal or motion or case against a lying lawyer is … minuscule. However, if you have people go to court with you, then the presiding judge is not as likely to approve of dishonesty because he can be seen for what he is, if he does.

It was only after friends began accompanying me to court that I began to gain traction in keeping my home from Wells Fargo’s foreclosure. I was not as lucky with my condo.

Have people come to court with you, that helps. And the more prominent they are in your community, the better.

IN THE SUPREME COURT OF THE STATE OF NEW MEXICO

PETITION FOR REHEARING PURSUANT TO RULE 12-216

1.        Richard Leverick, lawyer for plaintiff, Deutsche Bank National Trust (“Deutsche”), lied to the Court at the Hearing to Confirm Sale, Partial Transcript, lines 8-11, Exhibit 3(b) of Exhibits 3(a) to Exhibit 3 (c),” when he said he served me the Amended Complaint before I filed Chapter 13.

WHEREFORE in the interest of justice Petitioner requests the Court reverse the lower courts and, in the general public interest, discipline the lawyer.

I hereby certify that a copy of the foregoing Petition for Rehearing Pursuant to Rule 12-216 was mailed to counsel of record as noted below on September 22, 2010, 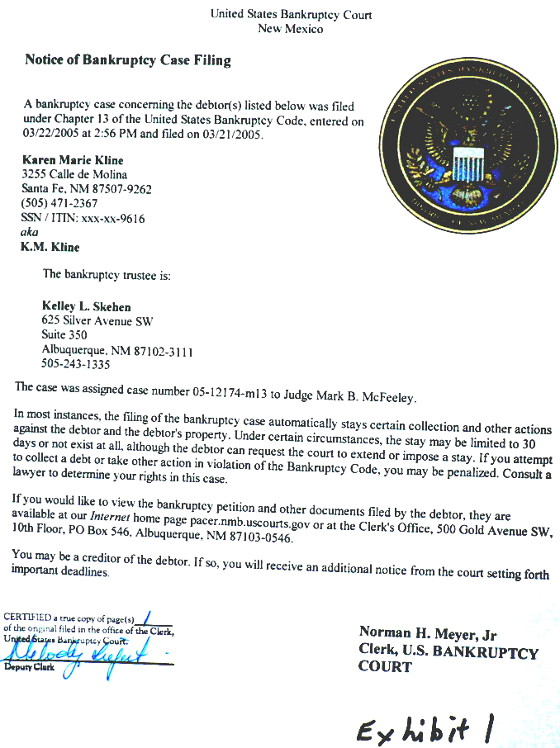 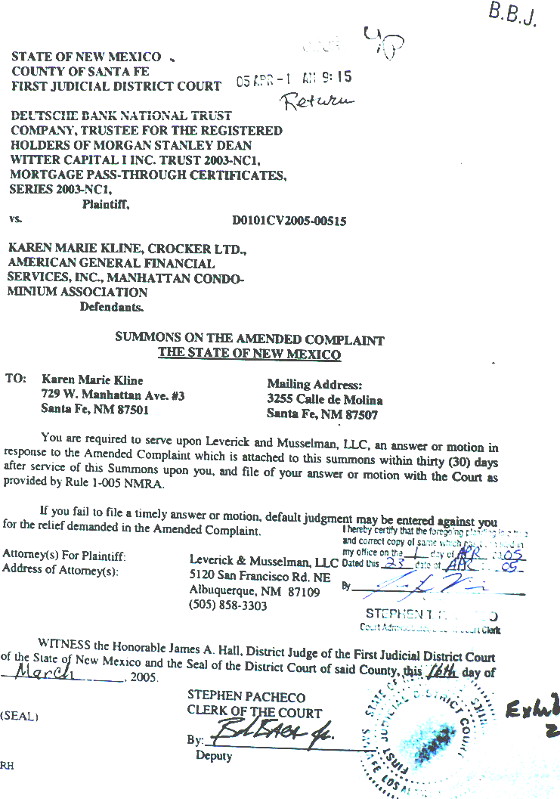 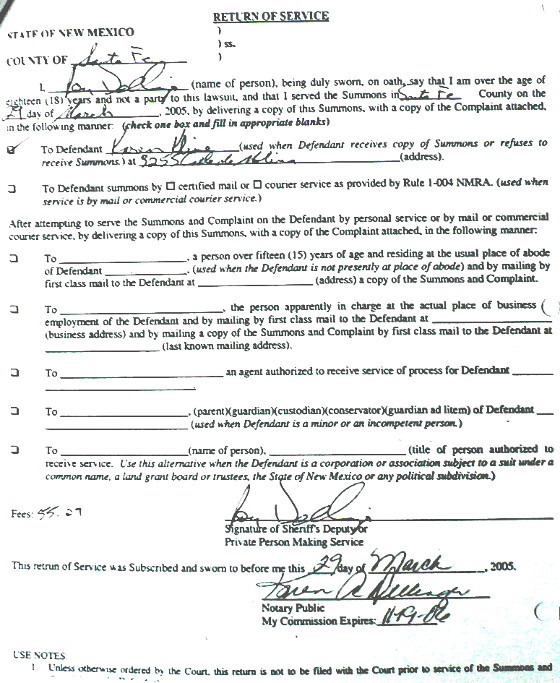 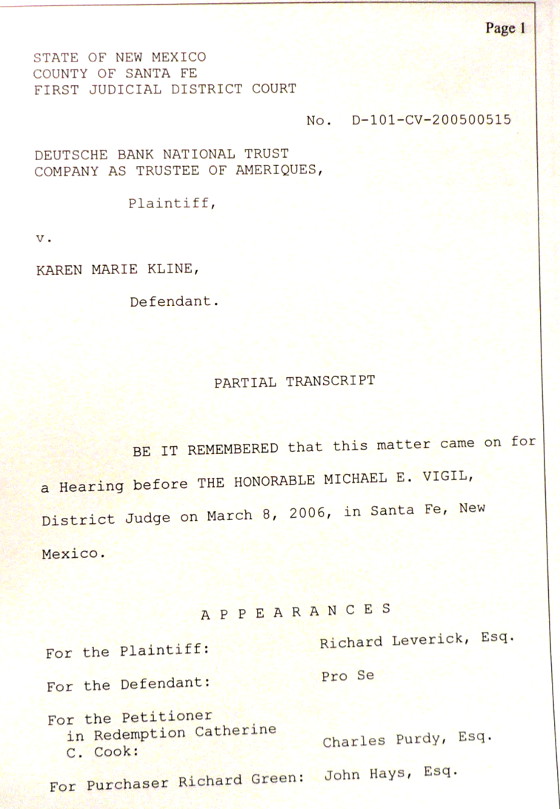 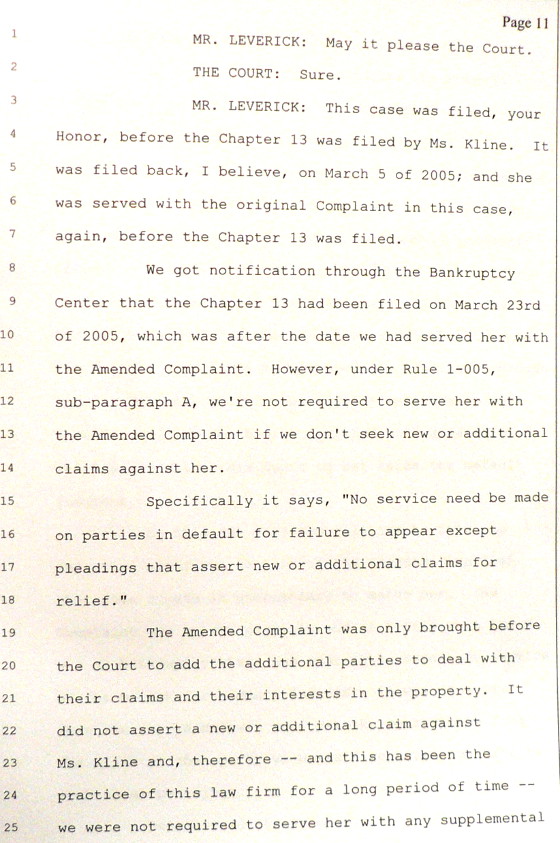 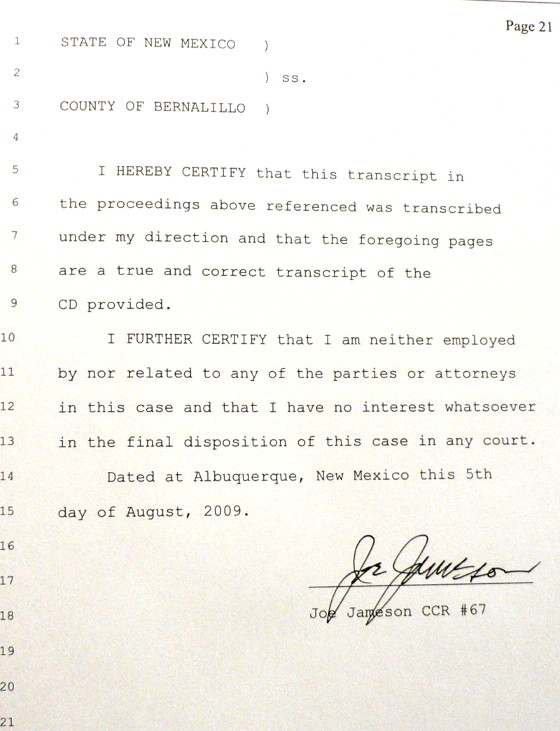