Politicians may be owned by the elites, but if our votes weren’t important, the Koch brothers wouldn’t be crowing about how much money they can put into directing our 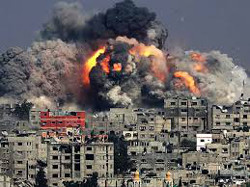 votes where they want them. Do you agree? When Israel was massacring Palestinians, people around the world cried out against the horror. We Americans were among them.

We also know we could need jobs here at home, mending our failing infrastructure, for instance. Our choice in this election is: Will we support Israel’s massacres of Palestinians, or require that our tax dollars be used here at home?

As the time to vote approaches, decide carefully how you will use your vote. If you truly support Gaza, then you must not vote for 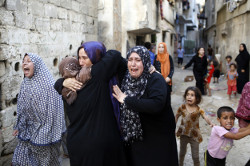 any candidate that supports Israel, even if that candidate talks an otherwise good game.

When you vote you will be voting to support the Israeli killing of women and children, as well as their fathers, or you will be withholding your vote from any candidate who supports Israel. You, yes YOU, will be standing up to AIPAC.

Are you up to the task?

Since 1967, each Israeli government has invested significant resources in establishing and expanding settlements in the Occupied Territories. As a result of this policy, approximately 500,000 Israeli citizens now live on the settlements on the West Bank, including those established in East Jerusalem.